HomebusinessAmazon: Acquisition of One Medical to strengthen the health sector
business

Amazon: Acquisition of One Medical to strengthen the health sector

One Medical will be acquired by e-commerce behemoth Amazon in a deal valued at around $3,9 billion.

Η The Amazon intends to acquire the primary care organization One Medical in a deal worth approx 3,9 billion dollars, marking another expansion for the retailer into healthcare services.

The Seattle-based e-commerce giant said in a statement Thursday that it is buying One Medical for 18 dollars per share in a cash only transaction. It is one of Amazon's biggest acquisitions, after the $13,7 billion deal for its purchase Whole Foods in 2017 and the market 8,5 billion dollars of the studio MGM of Hollywood, which closed earlier this year.

One Medical, whose parent company is 1Life Healthcare, Inc based in San Francisco, is a membership-based service that offers virtual care as well as in-person visits. It also partners with more than 8.000 companies to provide its health benefits to employees.

The distinguished lawyer Zoi Konstantopoulou, Alexander Vinnik's lawyer, analyzes the developments of the case in exclusive statements to SecNews. A case, the details of which almost all the mass media hide for reasons that can be easily perceived...

Infocom Security 2022 : SecNews Was There - Keynotes and Exclusive Interviews.

SecNews is at the 12th Infocom Security 2022 and brings you the pulse and exclusive footage, videos of the most important speeches, the greeting of the Director of the Electronic Crime Prosecution Directorate Vasilei Papakostas and exclusive interviews.

The 12th Infocom Security, the largest event in Greece for Information Security and Data Protection organized by Smart Press with the IT Security Professional magazine as a pillar, is taking place from today July 6, 2022 at the Divani Caravel Hotel in Athens. The event continues tomorrow, July 7! SecNews is attending the Infocom Security event to bring you exclusive interviews and a wealth of exclusive material.

The exclusive statements of Zoe Konstantopoulou, lawyer of Alexander Vinik - also known as Mr Bitcoin - on SecNews TV about the developments of the stormy case.

Zoe Konstantopoulou, lawyer of Alexander Vinik, filed a request asking the Council of State to revoke the decision to extradite Alexander to the United States, who is still being held in France. Mr Bitcoin's stormy case - as they call him - seems to have no end, with Konstantopoulou fighting for the freedom of the unfortunate Russian, who is being held in inhumane conditions in France while he has been acquitted of 19/20 crimes that he was charged with. a charge that now weighs on him, is a misdemeanor.

Learn more about what was said at the trial regarding the case: https://www.secnews.gr/403249/alexader-vinik-ekselikseis-apo-tin-zwi-kwnstantopoyloy-sto-ste/

Where to invest? Why invest?
What are the best projects right now?
Is Trading Worth It?
What are cryptocurrencies?
Bank-Bitcoin relationship?
The best investment strategies in Crypto, NFT and Metaverse?
What does smart contract mean?
Is Metaverse worth investing in NFT?
The risks and benefits of investing in Metaverse land?

Learn everything from Giannis Andreou in the interview!

In the first exclusive interview on SecNews TV, we learn all about GoldDigger, the most effective credential detection solution, and PinataHub, the largest file of credentials leaked to GitHub public repositories.

Learn everything about the Greek initiative with world standards!

Exclusive interview with Giorgos Koutalieris and Nikos Pepe for the creation of a system for locating fake news.

Just a few months ago, the first two pilot stages of the SocialTruth project were successfully completed.

The SocialTruth project is an interdisciplinary European research and innovation project designed and developed in 2019 by a consortium of 11 partners, led by the Research University Institute of Communication and Computer Systems (EPISEV) of the National Technical University of Athens.

Its purpose is to create a system that classifies, evaluates and certifies the reliability of news and information circulating on the Internet.

As of March, One Medical had approx 767.000 members and 188 clinics into a 25 purchases, according to its first-quarter earnings report, which also showed the company had suffered a net loss of $90,9 million after revenue of $254,1 million. The total value of the deal announced Thursday includes One Medical's debt.

Ο Neil Lindsay, its senior vice president Amazon Health Services, said in a statement that the redemption aims to reinvent the healthcare "experience" for things like booking appointments and walking into the pharmacy.

"We love to invent to make what should be easy even easier, and we want to be one of the companies that will help dramatically improving the healthcare experience the next few years,” Lindsay said.

Overall, consumer demand for telemedicine and virtual healthcare visits soared during the pandemic Covid-19. Those who pay health care bills, such as employers and insurers, they also focus more on improving access to patient care and making sure their patients stay on top of their health, see their doctors regularly and get their prescriptions.

The health care costs have increased faster than wages and inflation for years and represents a huge cost for employers who offer coverage. Employers and insurers believe that by connecting people with regular care, they can prevent costly hospital stays or prevent chronic conditions such as diabetes from leading to bigger problems.

For the The Amazon, the acquisition deepens its foray into healthcare services, the latest industry the company has tried to disrupt. In 2018, he bought it online pharmacy PillPack for 750 million before opening her own online pharmacy that allows customers to order drugs or prescription drugs and have them delivered to their front door in a matter of days. And last year, it started offering the program telemedicine Amazon Care to employers nationwide.

Ο Neil Saunders, its managing director GlobalData Retail, said it's no surprise that Amazon is expanding its footprint in healthcare. The company's retail and cloud computing businesses are becoming more mature and it is looking to find new opportunities for growth, Saunders said. Healthcare, which is complex but extremely lucrative, is an attractive option. But such an undertaking is not always easy.

"Amazon will need to work extremely hard and be extremely innovative if it wants to do more than just shake things up at the margins," Saunders said. “Based on past events, the jury is out on whether Amazon can actually pull this off. Although it has invaded the online pharmacy space, it has not revolutionized the market. Neither is its acquisition Whole Foods – the largest deal in its history – has led to major disruption.”

The agreement comes as the The Amazon and other big tech companies face scrutiny from lawmakers over their market power. Shortly after the company's announcement on Thursday, critics asked regulators to USA to block the market on the grounds that it compromises privacy.

"Amazon's acquisition of One Medical is the latest take on a terrifying new stage in the business model of the world's largest companies," said Barry Lynn, its executive director Open Markets Institute, an organization that advocates for stricter antitrust regulations. “The deal will expand Amazon's capacity to collect the most domestic and personal information about individuals, in order to track, target, to manipulate and exploit people in increasingly intrusive ways."

During the pandemic, the One Medical faced a congressional investigation after reports that the company was violating guidelines for Covid-19 vaccines. The investigation concluded that the company had exploited "its access to rare coronavirus vaccines to advance the company's business interests" and push vaccine applicants to pay for its subscriptions. He also said the company and its employees prioritized vaccinations for family and friends.

The deal is subject to regulatory approval. Upon completion, Amazon said that the CEO of One Medical Amir Dan Rubin will remain in place.

Follow us on Google News and be the first to know about all the news.
Previous articleChrome zero-day vulnerability used to infect journalists with spyware
Next articleTikTok is getting automatic subtitles and an expanded translation feature 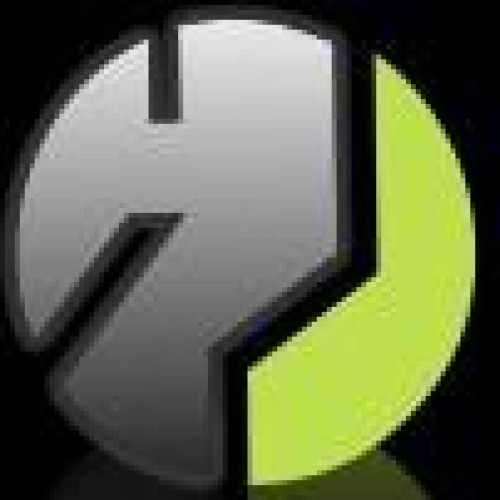 Apple will not boost iPhone 14 production due to falling demand

NASA: Artemis I launch likely to take place in November