HomeUpdatesWindows 10 1909: The new version of Microsoft is available
Updates

Windows 10 1909: The new version of Microsoft is available 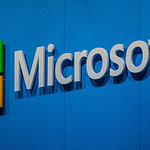 Recently Microsoft offered to public the latest update to Windows 10, numbered 1909, called the "November 2019 Update". This upgrade is called "up-to-date" because it is essentially, given that it brings no meaning add or change, but it guarantees improvements its stability and speed of operation systemic. It basically corrects most small problems Windows 10 May 2019 Update. Feature example are some settings such as feature access to a third-party digital assistant from screen locks, new ways to add some events from the calendar directly to line tasks, new ways of managing them notifications from the Action Center and new system search files in File Explorer. This update looks more like one service pack despite the major Windows 10 updates for Windows XNUMX.

Microsoft launches effort for automatic start a feature update for a large number devices that feature the 2018 Home and Pro versions (Window 10, version 1809), keeping these devices supported and receiving monthly updates critical to safety of devices and the health of ecosystems. THE procedure Startup starts months before date end of service so that there is enough year for a smooth updating process. Windowws 10 1809 proved to be catastrophic for users, forcing many users to maintain the 1803 version or the April 2018 Update.

It is worth noting that the 1809 version was considered ready for business activity in March 2019, that is, much later than the older versions. Shortly thereafter, Windows 10 version 1809 arrived end their.

Windows 10 1909 was the first time Microsoft has introduced its new update process, which uses the same technology as the one it implements to provide monthly updates. This is in contrast to the larger updates features done twice a year.

New approach update was not expanded to computers using Window 10 1809 or earlier. These devices had to be updated using the usual one method.

Follow us on Google News and be the first to know about all the news.
Previous articleAI in the courts: Will the judges of the future be robots?
Next articleRed Hat Enterprise Linux 8.2 Beta has been released with new features

Tinder: Acquires the "Plus One" feature if you are looking for a bridesmaid

China tests supersonic rocket in orbit - US on alert!