It is a fact that online cases in Iraq have increased. "sextortion"To women, both by malicious hackers and by former comrades who sent them conscious photos. Something like a practice of pornographic revenge.

An example is Hala from Iraq where one night a message came to her Instagram that they had all her photos and videos of her and threatened to send them to her father. The hackers had also infiltrated her Facebook and Snapchat accounts. 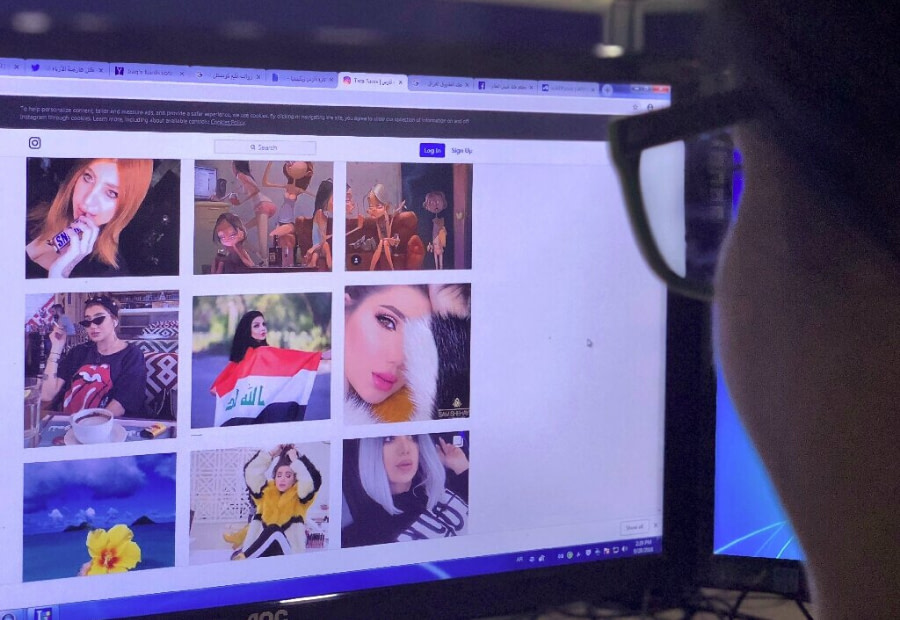 Some of the attackers want money, some want sexual intercourse even on the phone, and others just want to scare their victims for no reason.

But the consequences in an environment as conservative as Iraq can be devastating. At best it is "an indelible mark of shame" for a family, but at worst a death sentence for the victims.

Last year, Iraqi model and Instagram star Tara Fares was killed in Baghdad because many Iraqis they disagreed with her liberal lifestyle.

Victims, activists and lawyers believe that these behaviors exist because of conservative society, social media, poor digital security between victims and powerless laws.

And of course in a country without sex education at school, girls get involved in secret female Forums to talk about their body or to ask for advice.

Couples and groups often exchange friendly photos, which for a woman in Iraq can be just a scarf, and even that is a shame.

Indeed, sexual harassment is increasing because there is nothing deterrent, said lawyer Marwa Abdulridha.

He said getting an Iraqi woman to the police is considered taboo and that victims they fear that blackmailers could even then be protected by state law.

Finally, even if a woman reaches her case in the courts, the judges will support the man and judge the case as another type of misconduct, such as fraud.

Follow us on Google News and be the first to know about all the news.
Previous articleFake Windows Update is spreading Cyborg ransomware
Next articleSpy van in Cyprus is in the hands of the police - It belongs to Israel