A security investigator discovered one amateur an internet broadcast that collected real-time medical data and health information from hospitals and medical centers in the United Kingdom.

The show aired from a house in North London. "Catch" radio waves from the air and translate them into readable text. So he was able to read on his computer screen all the emergency messages across the area. 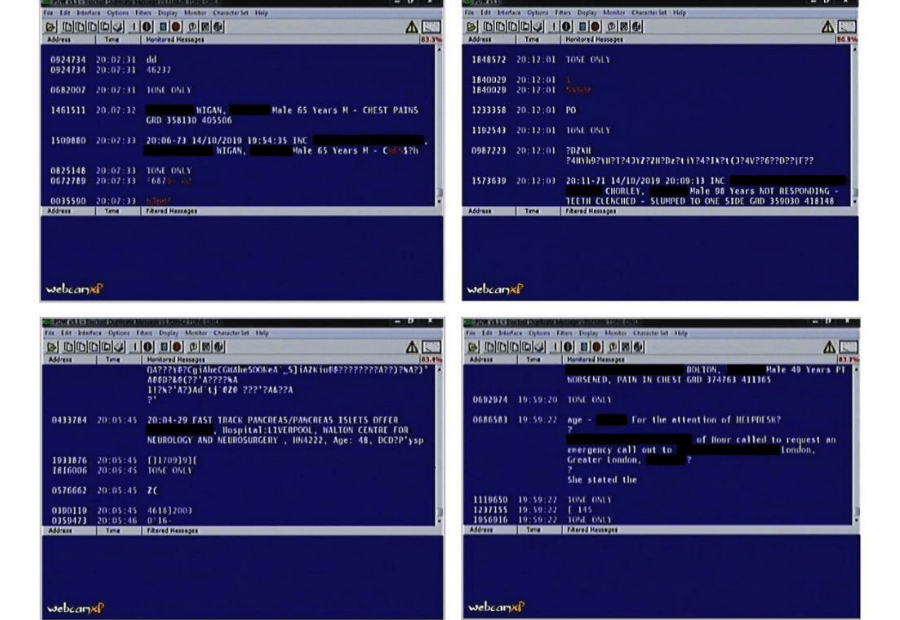 For some reason he also had one installed webcam to show the screen. So anyone who looked at the screen could see everything he was writing.

Daley Borda, a security investigator, was at his home in Florida when he "fell" into the radio show and more specifically the exposed camera and realized that it was possible to read the text on the screen.

"You can see details of incoming calls - their name, address and injury," he told TechCrunch.

Messages that leaked on the screen seemed to direct ambulances to where to go.

Daley Borda could not understand who the show belonged to. THE TechCrunch tried to contact his internet provider to warn about data exposure.

The transmitter collects and decodes communications by paging from a nearby public hospital. Although the number of paging machines has been reduced to almost zero since the 1980 decade, paging machines still carry a lot of information every day.

Most major cities are covered by a paging service. Given its geographical location United Kingdom, amateur radio producers can often receive messages from different sources.

Amateur radio producers are well aware of the dangers posed by unencrypted paging. In the United Kingdom, however, it is legal to detect sound waves but it is illegal to disclose the content of the messages.

Sanctions could therefore be much stricter for those who exhibit sensitive health data. The exposure of personal information and health information violates the GDPR Compliance that is, the pan-European data protection laws that came into force last year.

Follow us on Google News and be the first to know about all the news.
Previous article7 technologies that are more prone to cyber crimes
Next articleLatest 20H1 preview of Windows 10 brings improvements to Linux memory

Google: Maybe it revealed the dessert name of Android 13

Speculation that yesterday's iOS security fix was for NSO exploit

SuperBIT Telescope: Scientists will launch it with… balloon