HomeUpdatesMicrosoft Word will get dark mode on iOS 13
Updates

Microsoft Word will get dark mode on iOS 13

The best-known applications in the Microsoft Office productivity suite will soon appear in dark mode on iOS, according to the release notes of the latest insider build for Apple's platform. 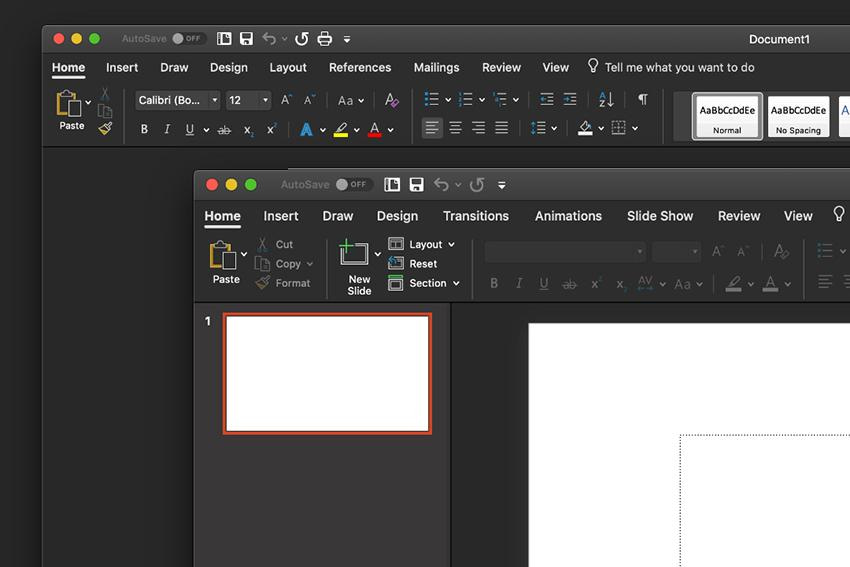 Microsoft Word, Excel, PowerPoint and OneNote will have a dark theme to wrap up with the new system settings in iOS 13, as Microsoft wants its productivity applications to contribute to a more meaningful experience on the iPhone.

As iOS 13 comes with its own dark mode, when enabled on Microsoft Office startup, Word, Excel, PowerPoint and OneNote automatically switch to this mode. To get back to the original light theme, you need to enable the standard UI in these applications.

"Office is more readable with the support of iOS 13. Dark functionality Improved accessibility combined with an updated user interface help you be productive anywhere," Microsoft says in the release notes of this new version of Office for iOS.

The iOS version of Microsoft Office is evolving at an extremely fast pace, and the latest insider builds gave us a rough look at the new features of the next big update.

For example, the 1 October update introduced new privacy controls, including settings to disable and enable content analysis experiences, such as PowerPoint Designer or Word Editor, as well as features that upload content online, such as PowerPoint Quick Starter or Office templates.

"We continue with our commitment to provide greater transparency and customer control over the data we collect when using Office applications to keep our products and services safe, up-to-date and operating as expected," says Microsoft products.

Note that the new Dark Mode is currently only available for insider build users, but it won't take long for the fixed versions of Microsoft Word, Excel, PowerPoint and OneNote to be updated with the same visual enhancements.

Follow us on Google News and be the first to know about all the news.
Previous articleInstagram removes the "Follow" feature - Stalking is over!
Next articleOlder versions of Joomla CMS are vulnerable to a new vulnerability

Samsung Galaxy S21: The solution to the camera problems is coming

Nvidia chips: Released a chip only for miners!

The temperature reached 48 degrees Celsius in the Arctic Circle