HomesecurityKonrads Voits: In prison, a hacker who has broken the prison
security

Konrads Voits: In prison, a hacker who has broken the prison

A man who broke the prison system to change the release date of an associate was taken to prison today. Konrads Voits, a hacker from Michigan, will have to serve seven years and three months.
As the Bleeping Computer says, Voits tried to reach records of detainees to release a partner earlier. 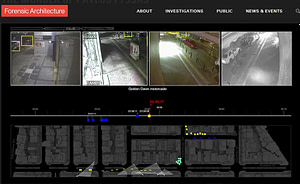 27 will also have to pay 235.488 dollars as a fine for the full cost of investigating and coping with the violation.
According to the Voits indictment, issued in December of 2017, from January to March of the same year, the hacker was trying to release a prisoner.
Voits started with social engineering trying to get prison staff to visit the ewashtenavv.org domain by changing the "w" to the real domain of the ewashtenaw.org prison website in an effort to make it look normal.
The malicious domain was a complete copy of the actual prison website, but contained malware. The hacker was talking to the prison staff, disguised as "Daniel Greene" and asking for help with the "court records", demanding that the staff visit the fake website.
Spear-phishing aimed to attract prison staff to visit the malicious domain and download malicious applications to the store's computers, but failed.
Viots was not discouraged. He later emailed the prison, pretending to be IT staff upgrading prison systems. Voits again asked prison staff to visit the malicious domain and download executable "upgrade" files containing malware.
This time he did it: He managed to install malware in prison systems and was able to collect information such as login credentials, emails, and personal 1600 employee information.
Voits also managed to gain access to the XJail system, an internal application for prisoners' records. In March, through XJail he changed the records of at least one prisoner.
However, the hacker underestimated prison staff. The violation was detected almost immediately, and the malicious file was corrected immediately. At the same time, the FBI was notified to locate the attacker.
"Voit's intrusion forced the county to hire a company to deal with such incidents to determine the full extent of the breach, restore files, verify the accuracy of the electronic records of almost all inmates and try to reassure its 1600 employees. whose personal data had been leaked ", says the indictment.
"Hopefully, after his release, Voits will be able to use his tremendous skills to make our society a better place."

Follow us on Google News and be the first to know about all the news.
Previous articleFacebook downvote and upvote new add-on with the goal of failure
Next articleWhy does Huawei develop its own operating system?

G7 to Russia: Deal with ransomware gangs in the country

After all, is a possible communication with aliens a good idea?

G7 to Russia: Deal with ransomware gangs in the country

Noyb - Europe: Necessary browser-level control that will end the "nightmare" of cookie consent