HomeinetTech support scams are declining as the world recognizes them
inet

Tech support scams are declining as the world recognizes them

According to her research Microsoft products, in the last 2 years there has been a decrease in the number of successful tech support scams worldwide, as users seem to be able to recognize and avoid them to a slightly greater degree. In contrast, the United Kingdom saw a small increase in victims of tech support scams. 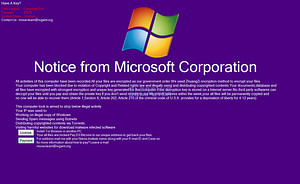 Η Microsoft products conducted a survey of more than 16.000 internet users worldwide, to conclude the impact of these scams compared to previous years. The results showed that 63% of users encountered at least one tech support scam, a percentage that decreased from 68% in 2016. Those who lost money in this way decreased to 3% of the total, compared to 6% before 2 years.

However, irrespective of 3% who lost money from scam itself, 8% said they lost time and money to check and "clean up their computer from malicious programs, while 78% of respondents said they were anxious as a result fraud.

The research argues that an important role has played in the fact that pop up ads, which often have been misleading messages, have been reduced, making the user believe that this is a Microsoft official page.

Finally, while all countries seem to have reduced tech support scams rates over 2016, the UK has seen an increase. 62% of respondents said they have suffered such a scam while 6% said they also lost some money, a percentage that rose from 2% of 2016.

Follow us on Google News and be the first to know about all the news.
Previous articleLa Frite Linux, an affordable alternative to Raspberry Pi
Next articleOfficially, you can buy Surface Pro 6 and Surface Laptop 2

YouTube's big win in the EU over copyright