Fappening: A website that is famous for the release of naked material for celebrities, this time targets singer Taylor Swift, threatening to publish her personal photos.

Although they are not sure whether they have naked photos of the American singer, the site published a preview of the stolen photos. Of course, these photos could be a result of that Photoshop. 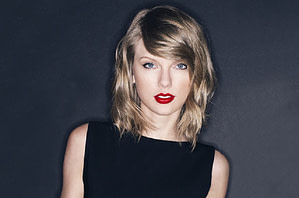 Taylor Swift, for her part, has not yet been posted on the issue, and the website does not ask for any compensation in return for her singer.

However, the unfortunate Swift is not the first time she has been involved in The Fappening scandal since this year many of her stolen images were published at personal moments. The photos turned out to be fake.

The only sure thing is that these leaks should not be taken lightly because hackers often take advantage of the celebrity to boost the traffic to their websites and accounts.

The list of celebrities that fell victim to Fappening includes the WWE diva Maria Kanellis, Nicole Scherzinger, Miley Cyrus, Kristen Stewart, and Anne Hathaway. Several of them have filed a lawsuit against hackers, while others chose not to pay any attention to the fact.

Follow us on Google News and be the first to know about all the news.
Previous articleApple unveils 2017's most popular iPhone apps
Next articlemacOS High Sierra 10.13.2: Vulnerability is resolved with root password

Sun down: When will the sun finally erupt and what will happen to us then

Musk Neuralink: One step closer to implant placement in our brain