HomeinetApple: It brings new, impressive technologies to the table
inet

Apple: It brings new, impressive technologies to the table

The seasons we were using the phone just to call someone who lives in another city have gone a long way, Apple to be closer and closer to changing the way we use it smartphone once more. 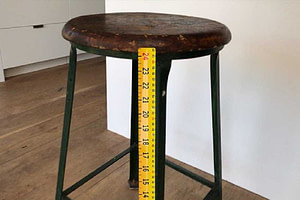 So far we have seen some of the new frame applications, but there are still a few that will surely excite us.

Take AR Measure for example. This app turns iPhone into a tape measure and all you have to do is draw a line between the two points to calculate the distance between them. Clearly, a virtual tape measure is just as accurate as a real one.

"AR Measure turns your phone into a ruler that you can use anytime, anywhere. Just point your phone at where you want to measure and touch the screen. The application uses the power of augmented reality to measure the distance between points in three-dimensional space. So you can measure things like furniture, doors, cabinets, rugs, paintings and chairs. ” explain the application experts.

In addition, you can use ARKit-based applications to do various things like designing in the air with 3D support as well as placing objects that look absolutely realistic.

All of these features are expected to be available to everyone with the release of iOS 11 in September. Note that ARKit has already been tested by developers with beta versions of the operating system.

Follow us on Google News and be the first to know about all the news.
Previous articleBrowser that resembles Chrome distributes malware
Next articleEvernote: Goodbye, Windows Phones! Another off-platform app