Recently Snapchat has acquired the Zenly manufacturing applications for 250 to 350 million dollars and already seems to use its technology. 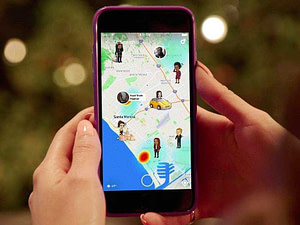 Zenly, based in France, has created a site app that allows users to watch where their friends are but in a way that does not exhaust your phone's battery. This is a quite popular application in Europe as it meets the need for everyone to be aware of what is happening at all times.

Snapchat introduced it Snap Maps, a new feature that lets users see the map of their friends. Users will be able to browse photos and videos from specific locations around the world including news events.

As was logical after the release of Snapchat's new feature, many have rushed to highlight its similarity to Zenly's implementation and of course not unfair given Snapchat's market.

Although after the first investments by the Twitter in Zenly last September, the company was not given the opportunity to work with a social network to integrate the amazing positioning function, now Snapchat is given this opportunity. Of course, Zenly will continue to operate independently.

One reason why Zenly was probably a hot target to buy compared to other manufacturers of positioning applications is that its implementation is more efficient in terms of power. Instead of continuously monitoring user locations resulting in the depletion of user's batteries, the application is enabled only when friends use their phones.

Follow us on Google News and be the first to know about all the news.
Previous articleKaspersky VirusDesk free online scans
Next articleLibreOffice 5.3.4 office suite

WhatsApp for iOS: The new "undo" button for Status posts is being tested

MonoX Finance was breached because of a really stupid bug

The hack at Ubiquiti may have been an internal affair

eCommerce servers are targeted with malware hidden in Nginx servers