Microsoft has recently announced a new feature for Office that allows users to type with their voice and everything is possible thanks to a new project from Microsoft Garage. 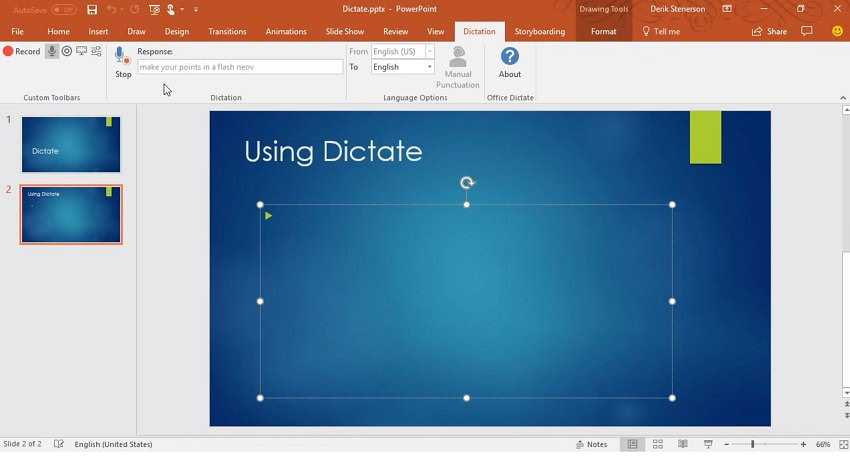 Simply called Dictate, the new dictation function for Microsoft Office was developed by the company's Garage division and is based on the API Bing Speech API also used by the Cortana digital assistant.

In addition, it uses Microsoft Translator to offer support in 20 languages, while real-time text translation is available for 60 languages, with more to be added to the upcoming updates.

"For many of us, typing takes a long time. Every day, you write emails, write documents, send instant messages and create presentations. "Originally built as a prototype during an annual Microsoft hackathon, the project quickly grew its fan base to more than 1.500 employees in more than 40 countries."

With this feature, users can simply convert their spoken words into text in Microsoft Office applications such as Word and Outlook, but the company says Dictate also supports commands to create new lines, delete, add punctuation and text formatting.

At this point, the add-in is only available for Word, the Power point and Outlook, but there is no doubt that there are already plans to bring it to other platforms.

The add-in requires Windows 8.1 or later, Office 2013 or later, the .NET Framework 4.5.0 or later and can only be used in Windows. 32-bit and 64-bit versions are available, depending on the Office build.

If your system meets the above requirements, you can download Dictate for Microsoft Office using this link, but keep in mind that this is only the first public release and some things may not work entirely as expected. So give some time, send comments and future releases should be substantially better.

Follow us on Google News and be the first to know about all the news.
Previous articleDDoS attack victim of Skype?
Next articleOnePlus turns Apple to remove the headphone plug

Samsung Galaxy S21: The solution to the camera problems is coming