In his recent builds Firefox Nightly, you can find a new feature called Firefox Screenshots. Allows you to capture a visible portion of an open page or entire page, including the section that is not visible without scrolling.

With just one click, you can upload screenshots and get a link to share with your friends.

Firefox Screenshots is not a new feature of Firefox. Before the foundation a Mozilla allowed you to take screenshots with a special browser command.

Eventually, browser developers added the useful feature, with an icon in the application taskbar so you no longer need to type commands. Added a new button on the command line, so you can get a screenshot with one click.

If you click the button, a small import will appear. 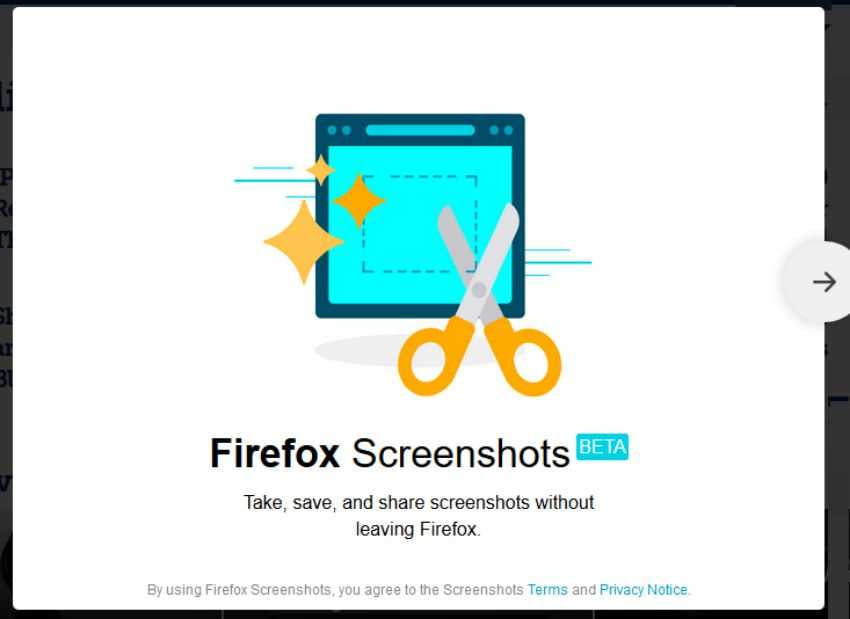 The following UI will then appear on the screen.

You can choose between "Save Full Page" and "Save Visible".

After that, you can save your screen locally or upload it electronically to screenshots.firefox.com.

Once the on-screen screenshot is uploaded, you will have its link to share it with your friends via any messenger, Facebook or email.

The "My Shots" button will allow you to access your previous Screenshots.

On his website screenshots.firefox.com, you can adjust the end time of your screen shots or delete them instantly.

The screenshots feature is not new to Firefox, but uploading the upload capability is a very fresh idea. Let's wait to see the function in the fixed version of the browser.

Follow us on Google News and be the first to know about all the news.
Previous articleHigher profits through ransomware; Economists have the solution
Next articleVulnerability in Google Chrome lets you record video & audio