HomeinetNot Kodi users are at risk of 10 years' imprisonment
inet

Not Kodi users are at risk of 10 years' imprisonment

Major UK newspapers, such as The Mirror, The Daily Mail, The Sun and Express, report that anyone watching streaming via Kodi runs the risk of XNUMX years in prison. Of course it is a fake news born out of click-bait. Dozens of other publications of the same "news" followed. 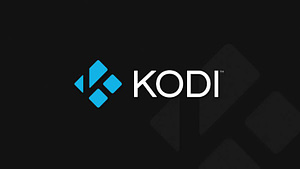 Piracy has always been a reasonably popular issue in the UK and there should be no one today who has not been involved or has not encountered the phenomenon in any way.

Last time with the release of TV Boxes that have installed the totally legitimate Codi software, which is supplemented with addons offering free access to high quality movies, TV channels and live sports, piracy became fully accessible even to those who are beginners with every kind of technology.

We have already mentioned the issue, but as British newspapers seem to have published stunning stories about Copi and piracy in general, often recycling the same story with click-bait SHOCKING, YOU JUST WILL NOT BELIEVE.

10 years of imprisonment for Kodi users?

The above report, published by the Daily Express, is typical of all those published lately. The name Kodi is a very popular search term, and there are constantly discovered issues that have to do with the application. Intellectual property issues not applicable.

As reported this week, the Digital Economy Act imposes sanctions for IPR offenses from two to ten years, but only under certain circumstances. This does not apply to users who transmit content to their home via Kodi.

In order to capture a user and get in jail, he must notify the public of a copyrighted work.

In terms of piracy, it means "upload" or "upload" but those who transmit content through Kodi do nothing.

This Law does not say anything about a solution to addressing content streaming by users, a dot.

You can also take a look at the image below… ..

Follow us on Google News and be the first to know about all the news.
Previous articleReceive SMS online without a phone: 6 Services
Next articleSfakianakis in Mytilene. Data Security & Cybercrime