A new Windows phone suddenly appeared in the Mexican version of Microsoft's web site, but it is not yet clear whether it is actually a product or just a mistake. 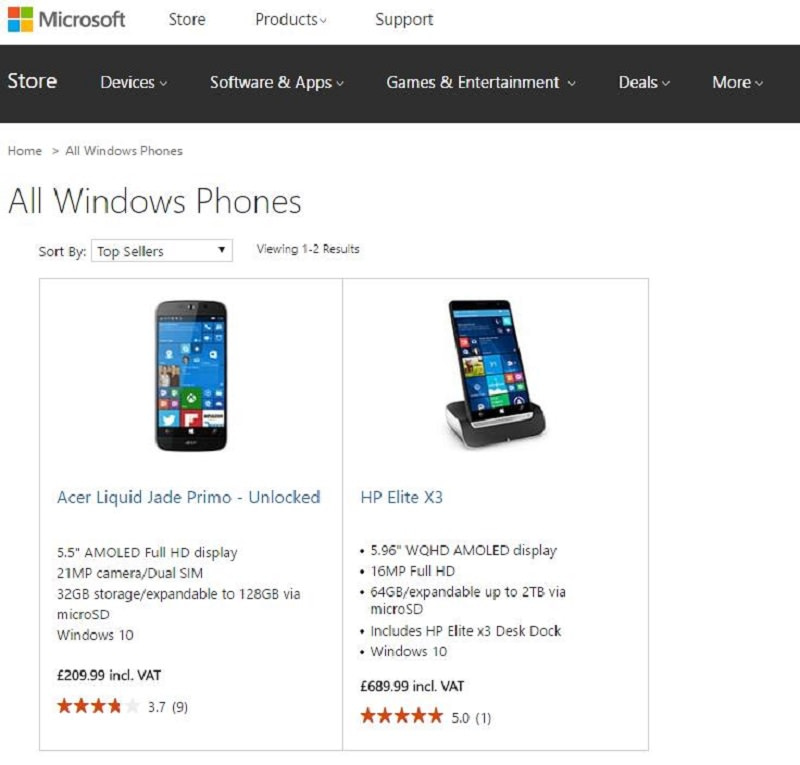 Although at first glance everything seems to be just a typo and someone working at Microsoft typed 651 instead of 650, the specs shown on the same page seem to indicate that this is a new device.

Of course, it is powered by Windows 10 and comes with support for features like Cortana, but on the other hand it does not seem to support Windows Hello, so it probably does not have an infrared camera and fingerprint sensor.

Recent reports have suggested that Microsoft could be working on a new Windows 10 Mobile device for 2017, so if the Lumia 651 is not a mistake, there is a small chance it will be this new device, but other than that, it certainly is just a variation of it Lumia 650.

The 2017 Windows phone was supposed to be a model running Windows 10 Mobile and comes with features similar to existing Lumia devices, with Microsoft trying to bring its mobile platform to life until its arrival Surface Phone.

We look forward to more information on the subject and we will inform you immediately!

Follow us on Google News and be the first to know about all the news.
Previous articleMicrosoft's Antivirus is as good as Avast and AVG
Next article"Smart" flip flops collect information from their users

NASA: It will carry payload to the farthest end of the Moon

NSW: Those who have committed crimes against animals are not allowed to come back to them

How to export images from PDF files

Samsung Galaxy Watch: How to measure your heart rate

Chrome, Firefox, Safari, Edge & Brave: What settings should you change to enhance privacy?

How to enable pop-ups in Microsoft Edge

Maker: The LA flying taxi is supported by United Airlines

Venus: Will NASA, ESA and JAXA discover the secrets of the planet?