The BlackBerry is expected to announce a new smartphone on February 25, which will have a QWERTY keyboard and strong enough specs. The BlackBerry Mercury will be the latest smartphone to be designed by the company. 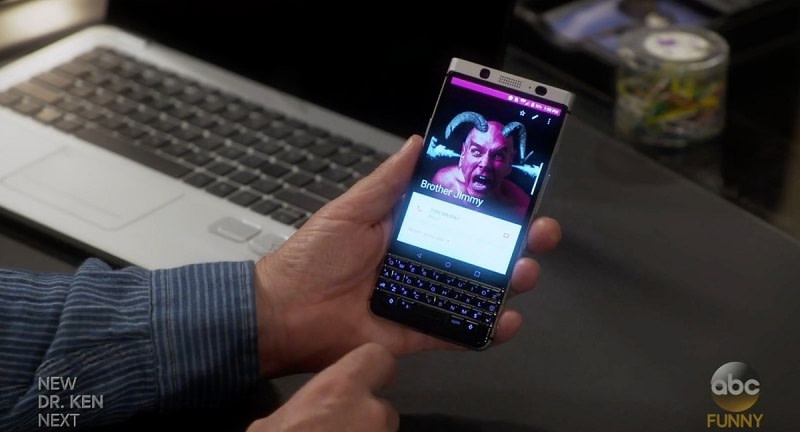 The official retail name of the upcoming BlackBerry smartphone is unknown, but the rumored Mercury phone seems to have made an appearance at Last Man Standing Show in ABC, according to Crackberry. Tim Allen's character has used the phone several times to browse the internet or place calls.

The BlackBerry Mercury was originally introduced during the Consumer Electronics Show in Las Vegas this month. The BlackBerry showed a pre-production device that still needed some work, especially in the software department. Not surprisingly, the phone appeared in the show, considering that Tim Allen recently used a BlackBerry Passport and BlackBerry Priv for the show.

The DTEK60 BlackBerry was also featured on the ABC Last Man Standing show. Needless to say, product placements are quite advantageous for the BlackBerry, especially since they help create an advertising campaign before the phone is officially released.

The BlackBerry Mercury is expected to come with an 4,5 inch screen and a 4: 3 ratio. It will have a QWERTY keyboard that can be used as a trackpad and a fingerprint sensor built into the space bar.

The smartphone will have a slot USB 3,5 type C headphone port. The battery capacity can reach 3,400mAh and the phone is expected to run a Snapdragon 625 chipset and 3GB RAM. Some studies have highlighted the fact that Mercury will incorporate a 18MP back camera similar to the one in BlackBerry Priv.

More recent rumors say the smartphone could have the same camera back as Pixel and Pixel XL phones from Google, named the best back camera on a smartphone. Google equipped Pixel phones with its sensors Sony, it remains to be seen if the BlackBerry will do the same.

Follow us on Google News and be the first to know about all the news.
Previous articleTalking to a political scandal, Samsung's vice president
Next articleLED light operated with salt water

Windows 11: Microsoft must prove that it is more than just Windows 10.5

Tesla Trojan Agent: WIM attachments are used for its distribution

Ransomware teams use virtual machines to "cover up" their attacks

Snapchat: Spam users get rid of messages with 2FA codes