The attack was in fact the focus of Dyn, a company from New Hampshire that offers a platform to optimize online web site performance. 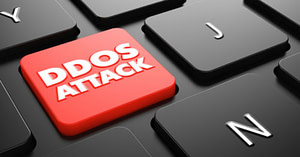 The service includes control and tracking application tools, traffic analysis and re-traffic infrastructure, ensuring that end-users are not affected by slow response times.

Dyn DNS serves as a bridge between domain names and IP addresses.

The DDoS attack, which took place earlier today, aimed to "shake" the service with a flood of data to cause the network to shut down, which was mainly felt on the East Coast of the USA from 11 a.m. UTC, although the Dyn says that the service was restored to 13: 20 UTC.

DDoS attacks have seen a significant increase in recent years, as there are reports showing an increase of up to 125 percent between 2015 and 2016.

Of course, large companies are often experiencing such attacks by hackers seeking to either pass through a message or become known and advertise their skills or tools.

Follow us on Google News and be the first to know about all the news.
Previous articlePlastic bottles bring light to the poorest parts of the world
Next articleThe Kodak Ektra smartphone can simply be a camera