When Samsung decided to bring back the microSD card slot to the new Galaxy S7 and S7 Edge did not quite imagine the hack we will describe below.

In some markets, the dual-SIM version of the Galaxy S7 is already in circulation, allowing users to use either two SIM cards inside the smartphone, or a nanosim and an SD memory card. 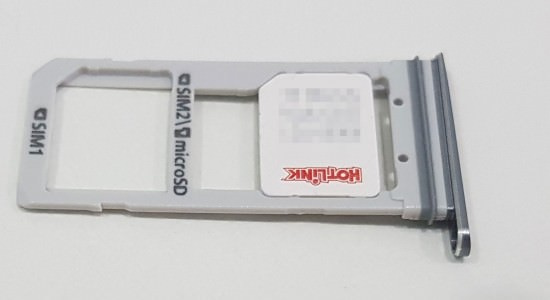 The hack allows the use of not two but three cards, regardless of the version of the Galaxy S7 & S7 edge.

Users from noreply managed to fit three cards in the Galaxy S7: two nanoSIMs and one microSD memory card.

The process takes some time and requires a scissors, a lighter and some luck.

Let's say there is a possibility of spoiling your cards (memory or nanosim) in the process, and in such a case you will not be covered by the company's warranty.

To start your device supporting a dual SIM, you should warm up your nanosim for 1 minute and remove the chip. After successfully removing the chip from the nanosim card, you should snap it into the microSD card in a way that fits into the SIM box.

Then, the only thing left is to align the microSD card with the nanosim chip in the SIM box. If you manage to do this properly, the Galaxy S7 will have dual-SIM capability, along with the capacity of the microSD card.

For more details you can read the article by NoReplied.

Good Luck to the Bold…

Follow us on Google News and be the first to know about all the news.
Previous articleYou do not need to know code to win this hackathon!
Next articleHow to delete definitive games from Steam