The "battle" of telecom providers for next-generation networks

[su_heading]Conflicts between OTE and other telecommunications service providers are the decisions of the Regulatory Authority (EETT) to regulate the vectoring technology and the development of the new generation networks in the country.[/ su_heading] 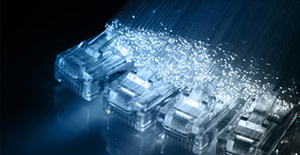 Vectoring technology, also known as VDSL 2, allows broadband connections at speeds up to 100 Mbps through the use of the existing copper infrastructure in the country.

A necessary condition for the implementation of VDSL vectoring technology is the upgrade of the cabins (formerly "CAFAO") that are connected to the telecommunication nodes of OTE, in order to make a connection through optical fibers.

OTE has already started installing such infrastructure (FTTC), through which it offers VDSL (50Mbps) broadband connections in the market, while its plan was to upgrade the total of 18.000 cabins that exist in 174 urban centers, by the end of 2018.

The upgrade procedures, however, have been "frozen" under the new regulation of EETT. The public consultation on the vectoring regulation was completed on September 20, with the competent authority of the National Telecommunications & Post Commission (EETT) providing the "sharing" of regions which must be upgraded between them OTE and other telecommunication providers (Vodafone, Wind, Forthnet, etc.) in order to maintain the level of competition.

More specifically, the regulation provides for the coverage of 80% of the cabins of each urban center by OTE, within a period of six months. The remaining providers will then be asked to select the areas in which they wish to develop the vectoring technology, and will have a 24 month margin for a minimum coverage of 40%.

According to an official announcement by OTE, the draft Regulation needs to be amended, due to the fact that it sets different coverage rates for OTE (80%) compared to the other providers (40%) as a prerequisite for the "registration" of areas (Urban Centers - A / K) investment, while significantly limiting the time horizon of OTE investments in relation to the time horizon of other providers (only 6 months for OTE and 24 months for providers).

These provisions if left unchanged for all providers combined with a time horizon of at least 12 months for OTE (in relation to 24 months of providers) will result in unsecured 2 years for millions of households that otherwise would gain access to high-speed networks in the same time horizon with investments from either OTE or other providers.

Reactions to the current regulation have also been voiced by other providers such as Vodafone, which are calling for a prolongation of the investment timeframe from two to three years, due to the range of incalculable factors to be taken into account and due to by OTE at infrastructure level.

Tech industry: Why are executives looking for new jobs?

Pandemic: Why did Microsoft employees sleep in data centers?

Microsoft Outlook: How to accept an event that has already been rejected